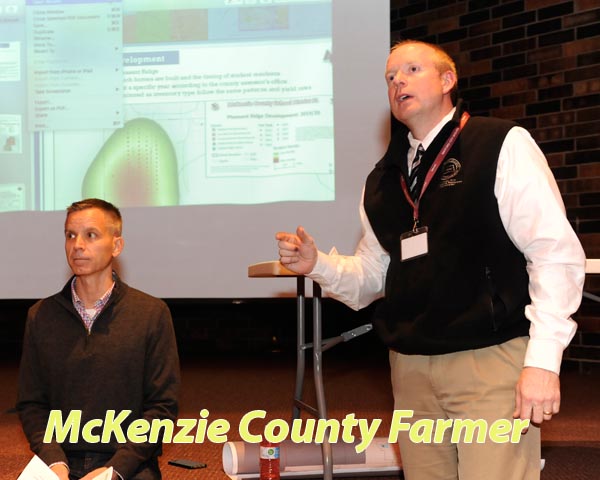 Watford City’s school system is projected to continue to see a large increase in its student enrollment as new demographic numbers show the McKenzie County Public School District No. 1’s growing from 1,892 students today to 2,361 students over the next five years. And the growth doesn’t stop there as by the start of the 2028-29 school year, it is estimated that 3,838 students will be attending Watford City schools.
Over the next 10 years, the new RSP projections are estimating that the enrollment of kindergarten through the second grade will increase by 500 students, grades three through six will see a 600 student increase, while there will be an additional 900 students in grades seven through 12.
According to Steve Holen, district superintendent, he wasn’t surprised by the latest projections of a 2,000 student enrollment growth, which was shared with the school board and the public on Monday, Nov. 25.
While the school district’s current enrollment is 1,892 students, Holen believes that the projections by RSP are based on conservative growth numbers.
“These new numbers are very similar to what RSP provided to us last year, which also showed us having 3,800 students in 2028-29,” stated Holen. “But what has changed is the timing of the growth.”