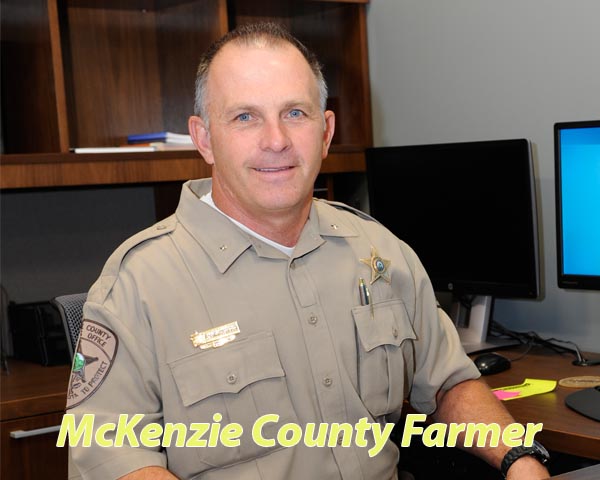 Gary Schwartzenberger, McKenzie County sheriff, will not be going to court in February to defend himself against charges that he misused a county credit card while attending a sheriff’s convention in Las Vegas in March of 2015.
On Monday, Jan. 8, Sonna Anderson, South Central District Judge, dismissed the charge of misapplication of entrusted property against Schwartzenberger that had been in the court system for nearly 800 days.
“It is time to put this issue to rest,” wrote Anderson in her ruling. “The State had an opportunity and an obligation to prove the elements of the crime as charged, in the removal hearing, which was conducted by an esteemed retired federal magistrate according to the rules of evidence and procedure.”