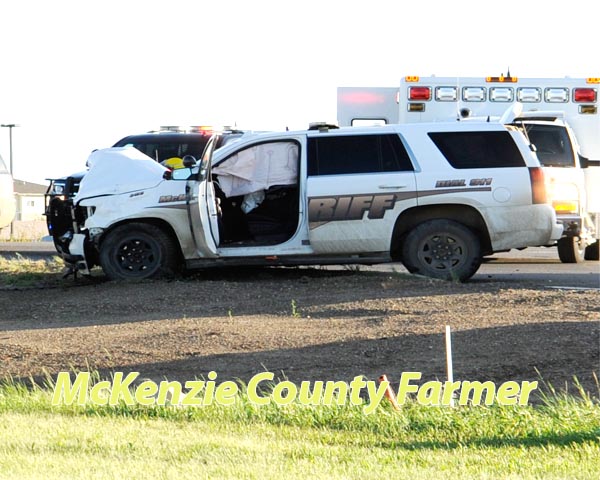 “We shouldn’t be going to accidents and causing accidents on the way there,” stated McKenzie County Commissioner Doug Nordby as he admonished McKenzie County Sheriff Matt Johansen last Tuesday as the sheriff appeared before the commissioners to request the replacement of yet another patrol vehicle that was damaged responding to an emergency call.
“Is this the vehicle that just got wrecked?” asked Nordby during the July 21 commission meeting referring to the July13 accident where a sheriff’s office patrol unit, which was traveling at a high rate of speed, T-boned another vehicle in a Watford City intersection. During that accident, the driver of the other vehicle suffered life-threatening injuries and was airlifted to a Minot hospital after receiving initial care at the McKenzie County Hospital.
“My question to the department is we’re looking at a big increase in our insurance liability for vehicles and other things that have happened. What are we going to do to change that?”