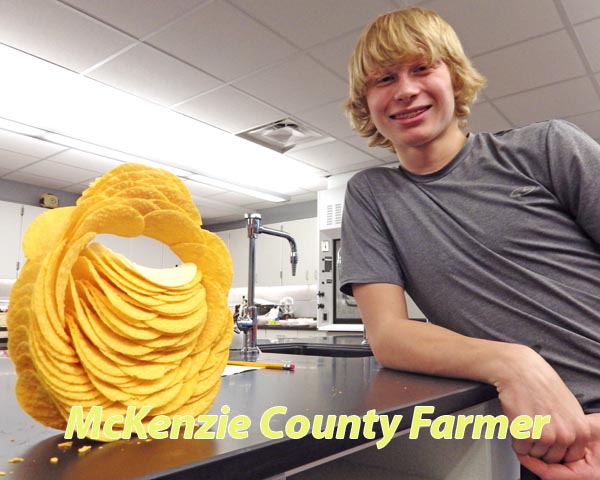 Andrina Turnquist’s semi-circle of Pringle chips fell apart as the senior at Alexander Public School tried to build a “Pringle Ringle,” last week’s assignment during the school’s STEM day.
Her five classmates laughed and chattered away until Patrick Spacher, their teacher, announced a freshman had completed the project by arranging a tube of the potato chips in a free-standing circle.
The project was one of many Alexander Public School has put on during its STEM days’ activities. These projects focus on science, technology, engineering and math, but also include emphases on other skills, like collaboration said principal Shannon Faller.