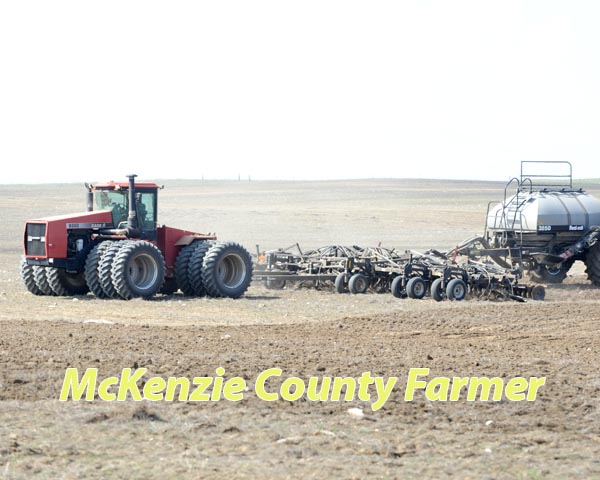 Autumn rainfall and decent subsoil moisture have contributed to what should be good early conditions for McKenzie County farmers.
Mike Jenks, Helena Chemical’s branch manager, said rainfall last autumn was an early aid, and 2017 is shaping up well after two open winters in 2015 and ’16.
“We’ve got a good subsoil moisture to get the year started,” he said.
Andrew Wisness, who farms south of Arnegard, noted the 0.15 inch of rainfall on a night last week, what should be a good start, he added.
“I think there’s plenty of moisture out there so far,” he said. “There’s plenty of moisture to start out.”