Sundeen experiences the hunt of a lifetime 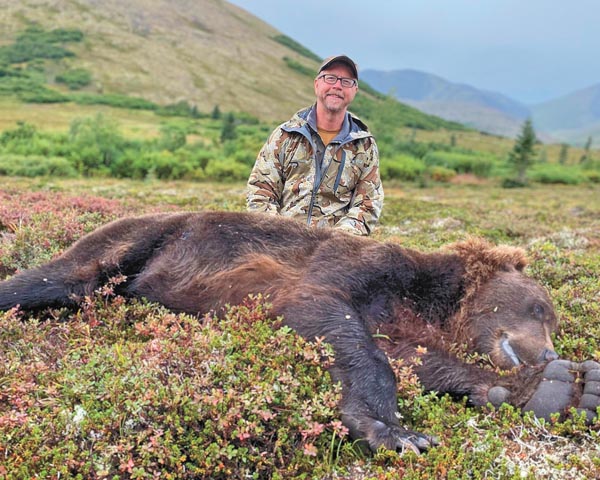 There are some things that people only dream about. Many of which they will never get to do. So if you happen to catch Ross Sundeen, a local attorney, out and about with a much larger smile than usual, chances are, it’s because he just crossed off one of the biggest bucket list items known to man - getting to hunt a grizzly bear.
As Sundeen’s kill will likely qualify for the Boone & Crockett record book for grizzly bear, he says the determination of that is still pending as the skull is waiting on a final score.
“My adventure started in 2019 when I got notice of an artic grizzly hunting adventure in Nunavut, Canada,” he says.
Nunavut had been an area of interest to Sundeen and his business partner, the late Dennis Johnson, because it is a major portion of Northern Canada and the Artic Archipelago holds artic grizzly bear, he says.
“We had scheduled a hunt for 2020 and then COVID-19 hit in March 2020 and Nunavut closed its doors to non-resident hunters,” he says.
So after many conversations with his friend and hunting partner, the two decided Sundeen should explore an alternative with meaningful opportunity.