The mojo of the dojo 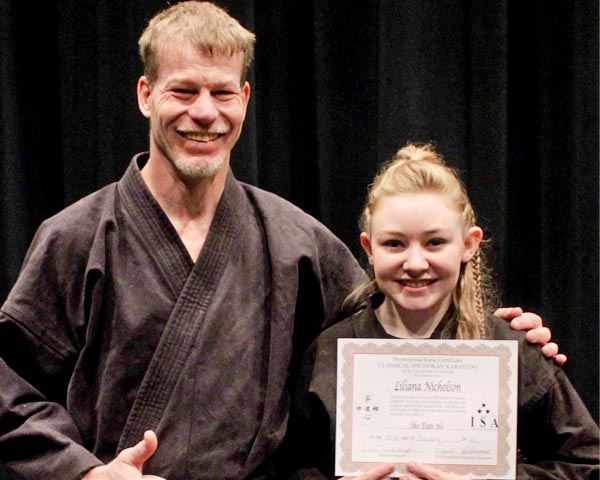 On Jan. 25, Lili Nicholson received her Black Belt in Shudokan karate after years of much dedication and perseverance at the Watford City Karate & MMA.
“She’s the first person to receive a Black Belt in our program,” says Tim Hartranft, owner of the Watford City Karate & MMA. “And she earned it.”
Nicholson’s achievement followed  3½ years of training and earning 12 different belts all before turning 14 years old.
“You must be at least 14 years old before you can become eligible to earn a Black Belt,” Hartranft says.
Frankly, age is really a miniscule concern when compared to other considerations that person must embody such as dedication, perseverance, and leadership skills in their climb to earning a Black Belt.
“We don’t ever say that anyone was awarded their Black Belt or that they were given their Black Belt,” says Hartranft. “Everyone in here earns every belt that they ever get.”