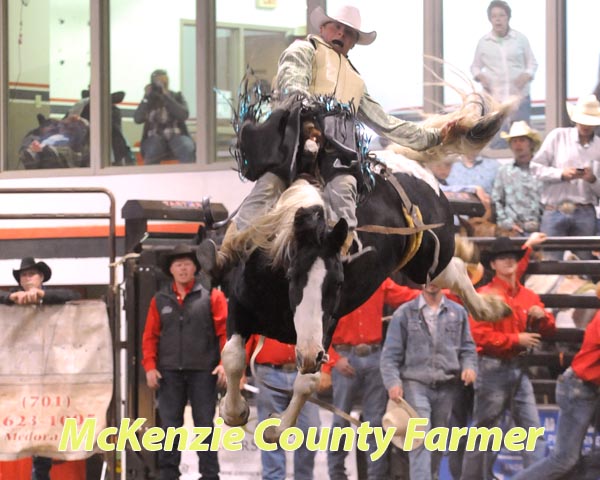 McKenzie County has long proclaimed itself as the “Home of the Champions” in the sport of rodeoing. And this weekend, the county could really make that claim as Clay Jorgenson, Abby Hepper and Samantha Jorgenson each claimed state championship titles during the NDRA Championship Finals before packed crowds at the McKenzie County Multi-Purpose Building.
For Clay Jorgenson, who hails from the Keene area, who entered the State Finals at the top of the leader board in bareback riding, winning the championship saddle was a dream come true.
“I had a great ride in the first round on Friday evening,” stated Jorgenson, a Watford City High School graduate. I scored an 81 on an awesome horse owned by Stan Headings. You could really score on it.”