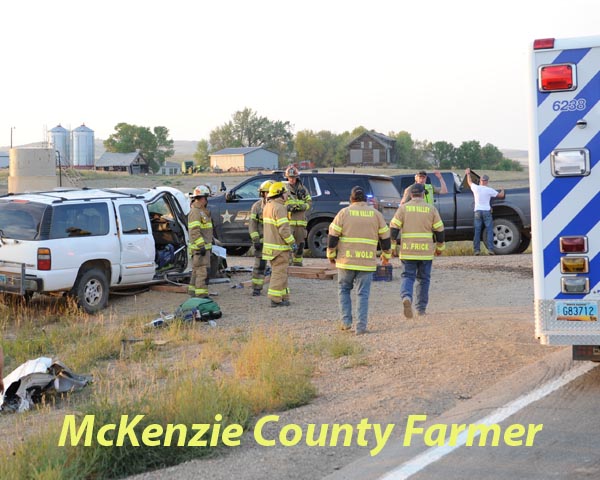 A two-vehicle crash on N.D. Highway 1806, 15 miles north of Watford City, at 7:10 p.m. on Thursday, Sept. 9, resulted in the death of a 22-year-old Watford City man and the injury of two other area men.
According to the North Dakota Highway Patrol, Bryant J. Faulkner, 34, of Watford City was traveling north in a 2017 Ford F-250 when he slowed to make a right turn onto McKenzie County Highway 10. Daniel Ethan Conlogue, 20, of Watford City, who was also traveling north in a 2005 GMC Yukon failed to observe the Ford slowing down to make the turn and struck the rear of the vehicle.