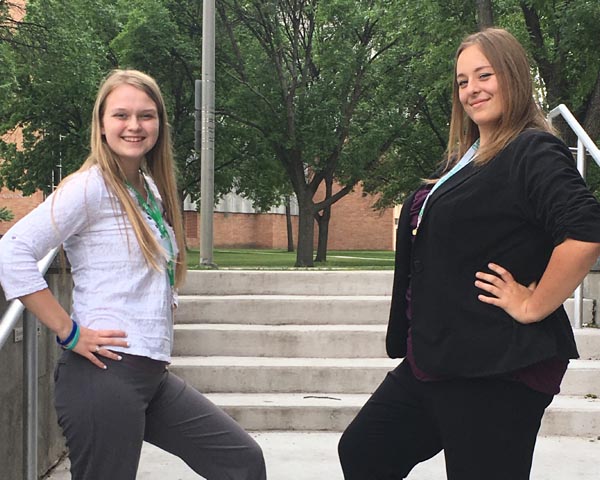 Not afraid to speak out and jump out of their comfort zones, Iida Lehto and Dakota Anne Sipe excelled at this year’s North Dakota Girls State.
Girls State is a chance for Juniors from all over North Dakota to come together and build a new government system for a mock state.
The made-up state was called Flickertail and the girls started on day one building city governments and worked themselves up to establishing a state government.
The mission was to build a state government from the ground up. The girls competed for elected seats and spent their days debating everything from medical marijuana to carseat law.
Divided into separate cities and separate parties, Lehto and Sipe had to part ways as they dove into the world of Girls State. Knowing no one else, the two were forced to acclimate.
“I am normally a pretty shy and introverted person,” said Sipe. “But, I knew that if I was going to learn and do anything, I had to go for it and start talking to people even though it was not natural for me.”