U of Mary opens Watford City campus in event center 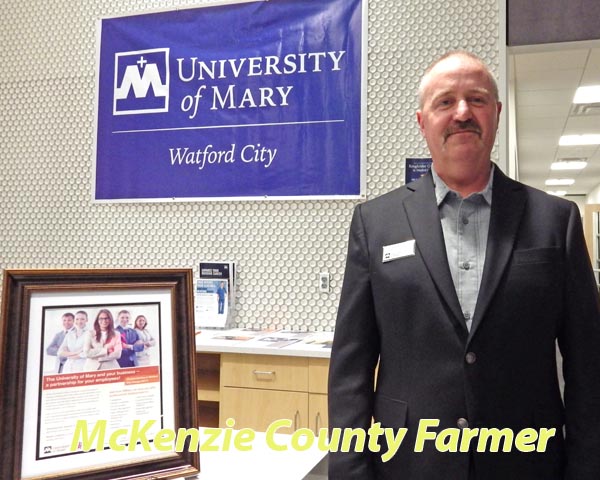 The University of Mary is opening a satellite campus in Watford City.
Classes will begin in January 2017, offering around 40 courses available online, by interactive television and with professors.
The Watford City campus in the Rough Rider Center joins other UMary satellites in Bismarck, Grand Forks and Fargo, and was in the works for about two years.
“This is an intriguing little town,” said Michael Raber, a UMary admissions represenative. “I think the city was very excited to have us come here as well. ... It’s hard to turn that down when they want us on site.”
Joining other up-and-coming facilities like the Rough Rider Center and McKenzie County Law Enforcement Center, Raber said UMary’s Watford City campus also joins the school’s campuses in Arizona, Kansas and Rome.