Wagner’s concert turns into a benefit 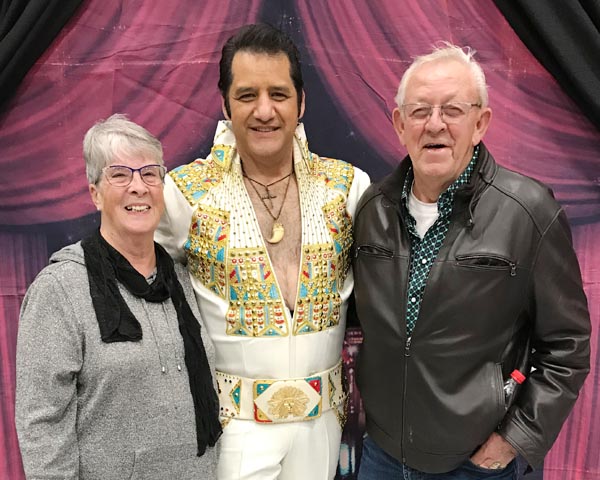 It was an emotional return to Watford City when Dan Wagner arrived back in his hometown to perform The Cash and The King show at the Rough Rider Center on Nov. 9.
After Lance Renville, a longtime friend of Wagner and the American Legion Club manager, learned of Wagner’s ‘Danny Elvis Show’ years ago, he’s wanted to bring Wagner’s show back to Watford City.
As Renville began making plans to book Wagner, a good friend delivered some very unexpected news.
“Terry Moe called me on a Sunday morning to tell me that Dan’s daughter, Cora, passed away,” says Renville.
Having grown up together with Wagner, Moe began contemplating what that meant for the show.
“I said - I don’t know if he’ll be able to come now,” said Renville. “It had been less than a month since Cora passed away.”
With much up in the air, Renville says with the Legion Club lacking the needed space to hold the concert, he turned to the Rough Rider Center. And at the same time, he wanted to do something special for the members of the American Legion Club.
“I figured they (the Rough Rider Center) could do all the work and we could show up like anybody else for a concert and the club would buy 200 tickets for all of our members,” says Renville.
But Renville also wanted to do something special for Wagner in memory of his daughter.
“I waited for a bit and talked to Terry and said - if he comes, he always gives a guitar away,” says Renville. “If we could find a way for him to give it to us, we could auction it off and give the money to the Cora Wagner Legacy of Light Foundation.”