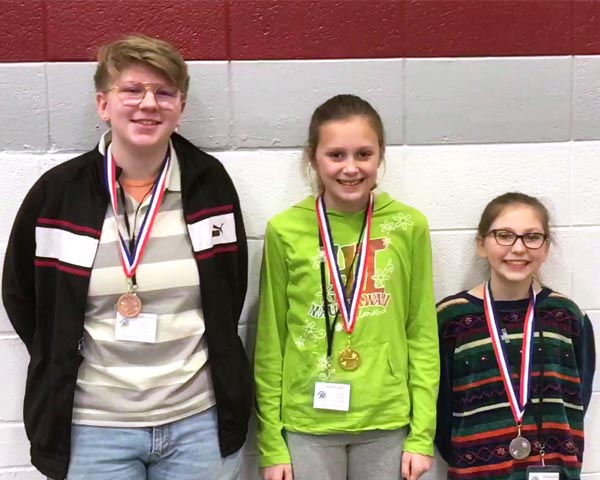 Watford City Elementary, Intermediate and Middle school students pretty much swept the McKenzie County Spelling Bee as the school system claimed first place finishes at the first, second, third, fourth, sixth, seventh and eighth grade levels and will be sending the county’s top two spellers to the state competition.
Kree Hartel and Kalysta Quintero, who finished in first and second place in the seventh grade level as well as in the overall competition, will advance to the State Spelling Bee later this month. Connor Voison who finished first in the eighth grade level and third in the overall, will be an alternate to the state competition should either Hartel or Quintero be unable to attend.