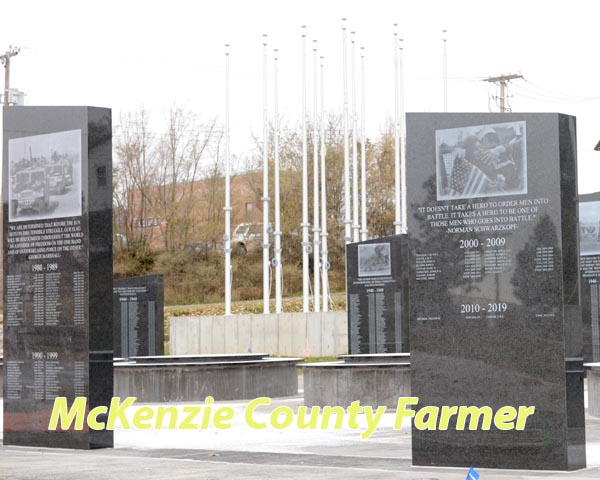 American flags will be raised for the first time at the new McKenzie County Veterans Memorial Park in honor of the hundreds of county men and women who have served in the United States’ armed forces.
According to Jerry Samuelson, McKenzie County Veterans Service officer who was instrumental in the construction of the new park, the public is invited to a blessing of the park and the flag raising at 11 a.m. on Nov. 11.