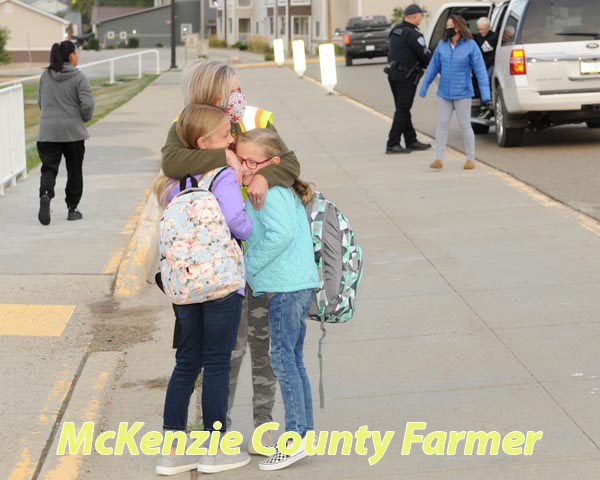 In spite of having solid registration numbers prior to the opening of Watford City’s schools on Tuesday, Sept. 8, Steve Holen, McKenzie County Public School District No. 1 superintendent, was still holding his breath as to what the district’s first day enrollment would actually be.
Holen knew that there was a good chance that enrollment would dip from the 1,796 students that the district saw on opening day last year considering the slowdown in the oil industry in the county, as well as COVID-19 concerns.
But even taking those two unknowns into consideration, Holen was pleasantly surprised to see the district’s enrollment only show a 51-student drop from last year.
“The first days were good,” states Holen on the 1,745 students that showed up on the first day of school. “Those are pretty solid numbers. But some students still haven’t showed up yet.”