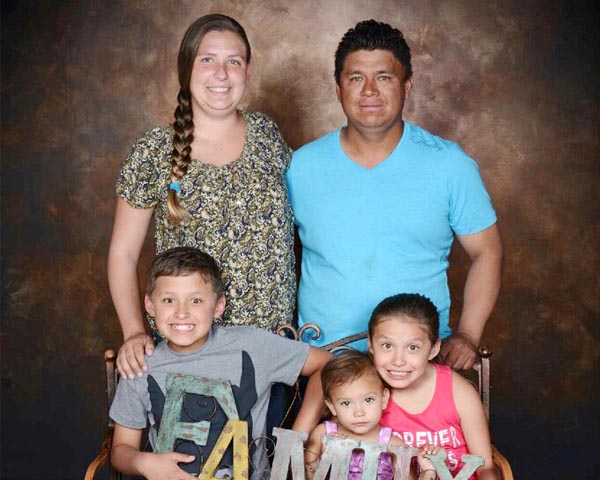 From the outside, the Reyes family looks like any run-of-the-mill family of five. Ines, father and husband, is a welder. Danielle, wife and mother, has long blonde hair and can be found singing to the radio while driving her three children to and from activities around town. You would never know the difficult past that the couple has been through.
Ines grew up in Mexico with 10 siblings. The Reyes’ lived in a small home where they were forced to make the best of very close quarters. Ines’ mother stayed at home with her children and his father owned his own business for a time in Mexico and then moved to the United States to work in the oil field.
One by one, Ines’ brothers grew up and joined their father in the United States. So, when Ines was 18 years old, he followed suit. He started in Arizona and made his way around the west, working in the oil field in whatever capacity he could. He has worked as a laborer, welder’s helper, pipe fitter and truck driver among other things.