Wold kept laughing even after cancer wouldn’t let him 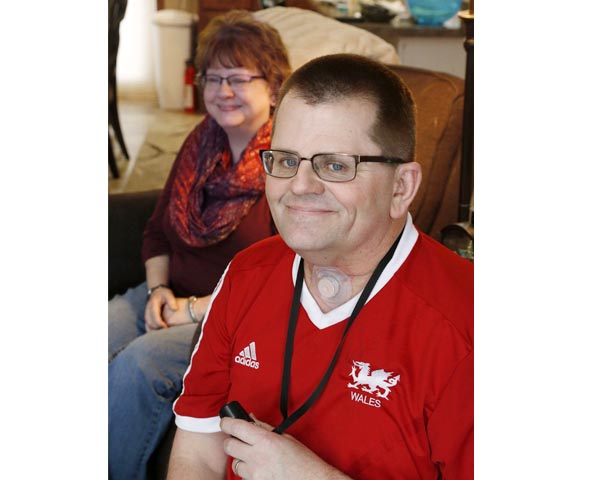 The bright side knew Dan Wold well.
That’s where he reveled - easily in good times, but also in trying times. He fought hard with humor and grace to help those around him. He was hit hard a few years ago, but the fight in him didn’t waver. A rare cancer diagnosed in 2016 took his larynx and, on Aug. 16, 2018, his life. He was 51.
Those couple of years in between are what people speak about the most when Wold’s name comes up. After his death, words of admiration peppered social media.
During those years, Wold grew adept at using an electrolarynx to speak.
“Dan was a very witty person. He was that person who always had a quick comeback. He liked to make people laugh,” said his wife, Cheryl Wold.
Cancer took his laugh. It seemed a cruel addition of insult to injury for someone with a penchant for pulling the giggles and guffaws out of others. But there’s no way cancer was going to stop him from expressing his delight, even if he couldn’t in that primal way.