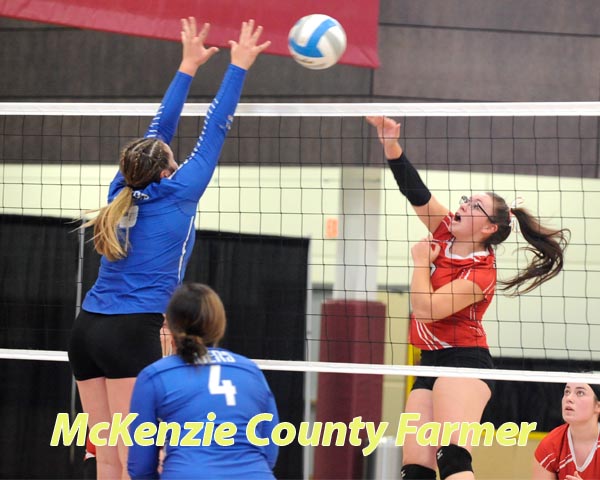 After picking up two wins to open the District 15 Girls Volleyball Tournament, which was held at Watford City’s Rough Rider Center, the Comets ran into a buzzsaw in the title game against Trenton on Monday, Nov. 4.
The Comets, who entered the tournament as the No. 2 seed, defeated Mandaree in three quick games in opening round action of the tournament. Alexander then knocked off White Shield, 3-2, to advance to the championship game against Trenton, the No. 1 tournament seed.
Alexander was able to carry their winning momentum into the first game of the championship match against the Tigers with the Comets dropping a close one by a score of 25-19.