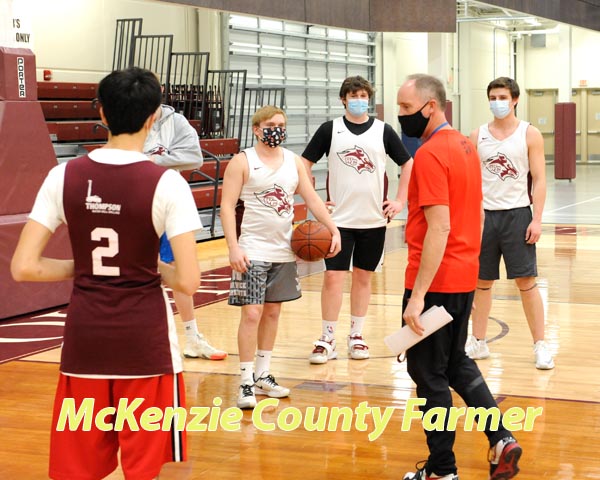 Watford City’s boys varsity basketball team will finally get to take to the hard court after North Dakota Gov. Doug Burgum delayed the start of high school sports in order to prevent the spread of the coronavirus.
The Wolves will kick off their season with three home games as they host Bismarck Century on Friday and Bismarck High on Saturday, with Minot High coming to town on Monday, Dec. 22.
Coming off of a 1-21 record last year, Dave Gumke, Wolves head coach, says it is going to be very much another rebuilding year as he lost four starters from last season and won’t be having another player return after tearing his ACL.
“We took a hit with graduation as we lost players in La-vores Monroe, Javyn McGorman and Connor Cross,” states Gumke. “And then we had Britton Cranston and John Kudawoo move.”
And to make matters worse, according to Gumke, Wei Jie Jiang, who was looking good this summer and ready to contribute this year, tore his ACL and will be out for the season.
“We have our work cut out for us and are going through a lot of adversity,” states Gumke. “We will see how the guys respond.”
Gumke will only have four seniors on this year’s roster with underclassmen filling out the varsity team.