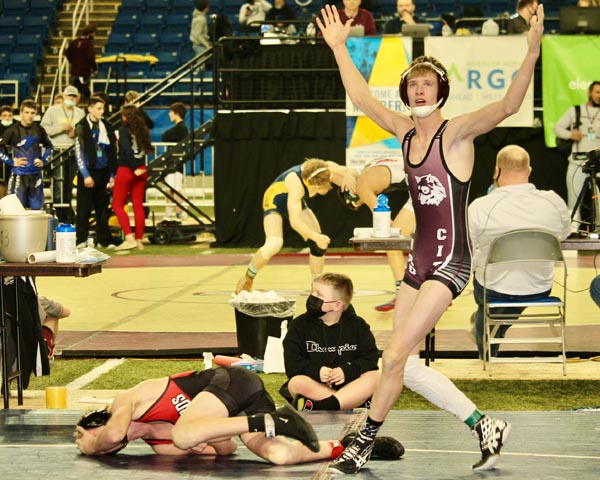 Of the 10 wrestlers that Watford City sent to the State Class A Wrestling Tournament in Fargo this past weekend, the Wolves only had one individual make it to the awards podium.
“Izaak Boekelman placed fourth at 120 pounds,” stated Robin Schwartz. “He exceeded his seed level and wrestled very well in all of his matches.”
Boekelman started the tournament with a bye, and then pinned Thanh Tran of Fargo South in 2:28. In the quarterfinals, he picked up a big 12-8 decision over Owen Linstrom of Devils Lake before falling to Grady Anderson of Jamestown, 10-3.
In the first round of wrestleback action, Boekelman defeated Blake Ersland of Bismarck Century, 7-3, to advance to the third place match.
Boekelman then ended up taking fourth place as he was decisioned, 6-3, by Tyler Nelson of Minot
Four other Watford City wrestlers won matches at this year’s tournament, according to Schwartz, but did not place.