Bond to cheer for DSU 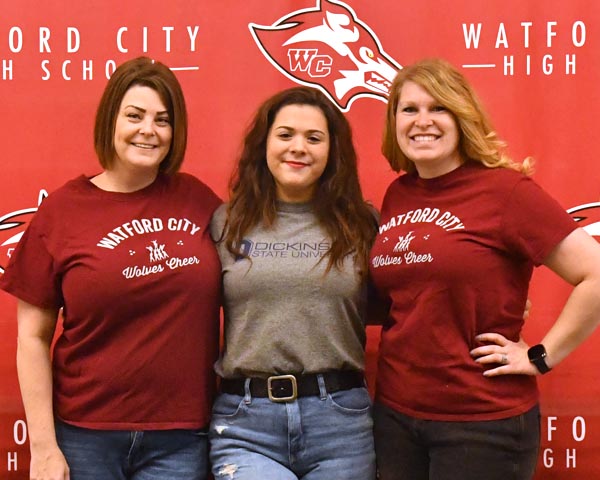 Mackenzie Bond, a cheerleader at Watford City High School, became the school’s first senior to sign to become a collegiate cheerleader as she committed to Dickinson State University on April 10.
“Dickinson State was the only college that I was interested in attending,” stated Bond. “I’ve attended cheerleading camps and clinics there.”
Bond said that it was after attending a cheer competition in Fargo that the DSU coaches approached her about continuing her cheerleading at the collegiate level.
“I said I was very interested and then attended some of their open gyms,” stated Bond. “After that I was sold on cheering with Dickinson State.”