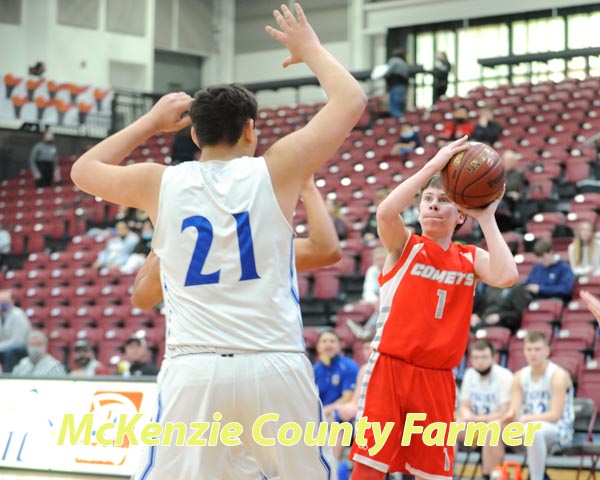 The Alexander varsity boys basketball team kept their season alive as the Comets downed New Town, 68-45, in loser-out action of the District 15 Boys Basketball Tournament on Saturday, Feb. 26. The Comets opened the tournament falling to Trenton, 62-18.
District 15 Tournament
First Round
Alexander 18, Trenton 62
Alexander was no match for a much taller and more physical Trenton team in the opening round action of the District 15 Boys Basketball Tournament on Friday, Feb. 25.
The Tigers held Alexander to single digit scoring in all four quarters of play en route to an easy, 62-18 win.
Trenton led the Comets, 20-5, at the end of the first quarter and then increased their lead to 36-8 at halftime. The second half belonged to the Tigers as they outscored the Comets, 10-6 and 16-4 in the final two stanzas.