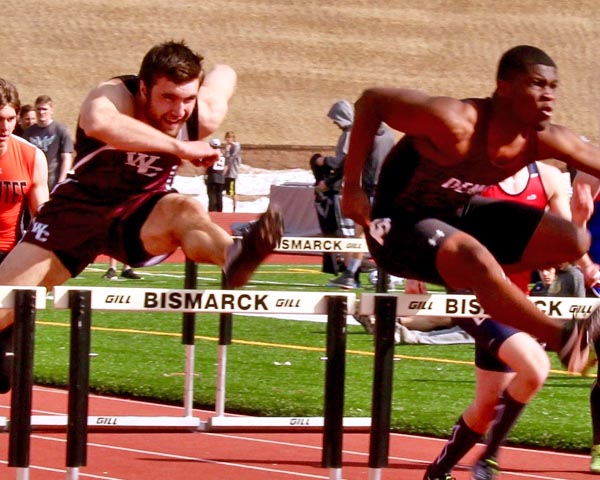 It was a good week for Watford City’s track teams as the boys and girls competed in two meets and qualified more athletes for the upcoming State Class B Track Meet.
On April 24, the Wolves competed at the Pankratz Invite in Dickinson before heading to Bismarck on Saturday for the Charlie Denton Relays.
“The Pankratz Invite was only our third outdoor track and field meet of the year.,” stated Dave Gumke, boys head coach. “We ended up having a very good day as the boys were focused and competed very well.”
At Saturday’s Charlie Denton Relays, Dennis set a new W.C.H.S. record in the 300 meter hurdles with a time of 39.55, which bested the old record of 39.66 set by Tyler Flatland in 2010.
“We only took nine guys to this meet, but we competed very well in a very competitive Class A Meet,” stated Gumke. “The Bismarck Bowl brings out the best in us. We love to compete there.”
This week the Wolves will be competing in Williston on May 3, and then traveling to Mandan on Saturday.