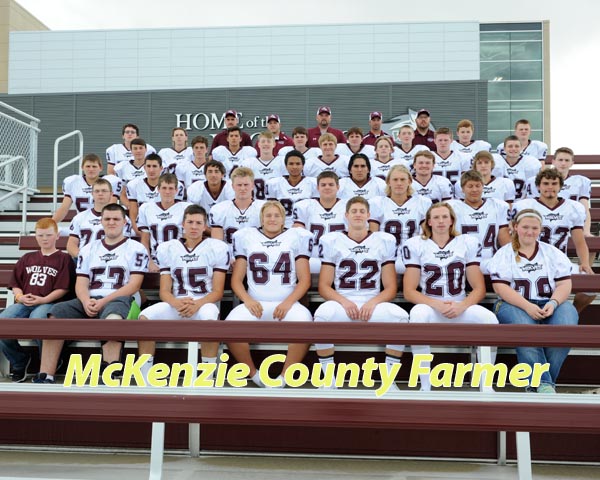 A stronger and faster Sidney football team proved to be a tough opponent for the Watford City Wolves varsity football team’s opening game last Friday.
The Eagles, who held Watford City scoreless in four quarters of play, scored a touchdown in the first quarter and then tacked on 20 points in the second quarter to lead, 27-0, at halftime. Sidney went on to score 10 more points in the second half en route to the 37-0 win.
“Our first drive stalled on a fumble that set us back six yards and forced a third and long that we did not convert,” stated Justin Johnsrud, Wolves’ head coach. “Sidney really wore us down in the second quarter. Their strength showed and their speed, especially in that quarter, really hurt us.”