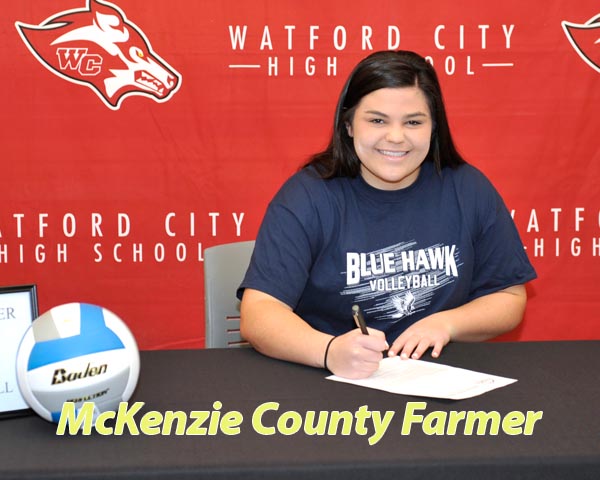 It was a big day for Watford City High School senior Riley Faller on Friday, Jan. 8, as she made it official that she would be playing volleyball for Dickinson State University this fall.
“Of all of the colleges that I was looking at, I liked Dickinson State University the best,” stated Faller. “The coaches and the players are nice.”
But a big draw for the senior setter was that she would be able to join  her older sister, Sydney, on the Blue Hawks team.
“That was definitely a plus in my decision-making,” states Faller.