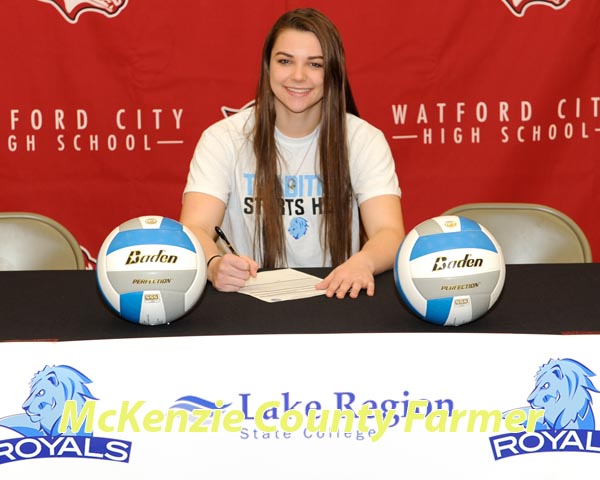 Watford City High School senior Sydney Faller will be taking her volleyball skills to Lake Region State College in Devils Lake next fall as she has signed a letter of intent to play for the Royals.
“We are so excited to have Sydney with the Lake Region State College Volleyball Program,” stated Brigitte Greywater, Royals head volleyball coach. “She is a versatile athlete who can bring every aspect of the game to the court.”
Faller led the Wolves with 322 sets this past season to go along with 31 blocks, 83 kills and 27 aces in Watford City’s first year of playing Class A volleyball.