Flu gets the better of the Wolves 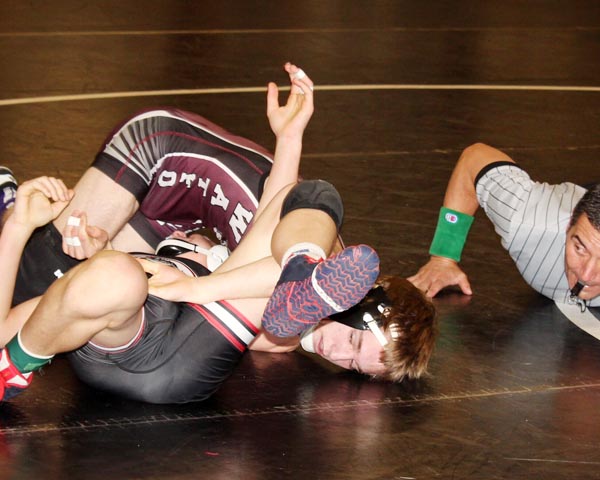 The Wolves wrestling team faced one of its toughest opponents of the year as the flu bug swept through the team. The flu, along with a couple of injuries, forced Mitch Greenwood, Wolves’ head coach to cancel their dual meet against Glasgow, Mont., last Thursday and resulted in Watford City only having seven wrestlers compete in the East-West Tournament in New Salem.
“I registered 13 kids for the East-West Tournament but had to withdraw six of them before we even left for the event,” stated Greenwood.
And not having a full team at the East-West Tournament was a big disappointment to Greenwood as the tournament featured 26 of the state’s Class B teams.