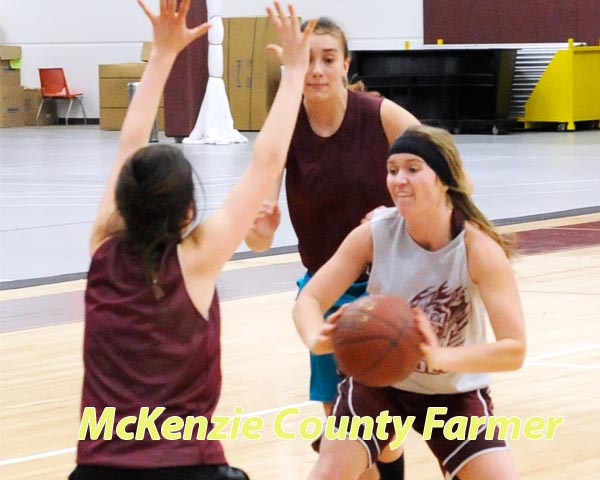 After finishing in sixth place at the State Class B Girls Basketball Tournament last year, the Watford City Wolves girls basketball team is hoping that they can build on last year’s success.
But after losing All-Stater Mackenzie Sparby, who led the Wolves in scoring and rebounds last season, the Wolves will be looking for someone to step up and fill the role left vacant by the 6’1” senior center.
“We’re not going to be as tall this season,” states Cary Veis, who is taking over the head coaching duties for the girls varsity basketball team. “But we can overcome our lack of height with quickness.”
While Veis is new to Watford City High School’s coaching staff, he is not new to coaching winning girls basketball teams.