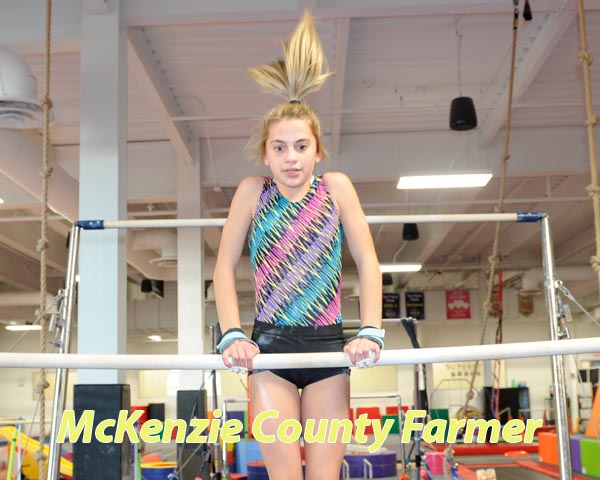 The Badlands Gymnastics Club will be hosting gymnastics teams from four other states at their NoDak Northern Lights Invitational gymnastics meet on March 5, 6 and 7 at the Rough Rider Center (RRC) in Watford City.
“This competition is completely unique for the North Dakota and Montana area. No one gives out as many special awards as we do,” says Pat McWilliams, Badlands Gymnastics coach,
As this is the third year of the NoDak Northern Lights competition, McWilliams says it has grown immensely.
“Our first year, we had 250 athletes from two states. The second year was 420 athletes from three states. This year, we’ve got 530 athletes from four states,” says McWilliams.
What’s even more exciting this year, McWilliams says, is the level of advancement the show will feature for the competing gymnasts.
“The highest level in USA gymnastics is level 10 and we actually have level 10s this year for the first time,” says McWilliams.