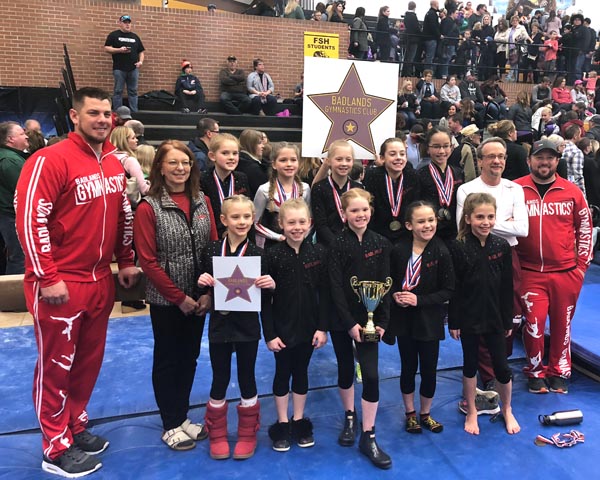 The Badlands Gymnastics teams concluded their inaugural competition with an impressive finish at the State Meet in Fargo on March 17 and 18.
“We had a pair of state champions and a large number of our gymnasts placing in the top 10,” stated Pat McWilliams, coach.
In the Level 3 competition, Anabelle Coughlin claimed the state title in the bars, while Taylor Carmack was the state champion in beam and All Around.
As a team, Watford City’s Level 3 gymnasts finished in third place behind two Fargo teams.