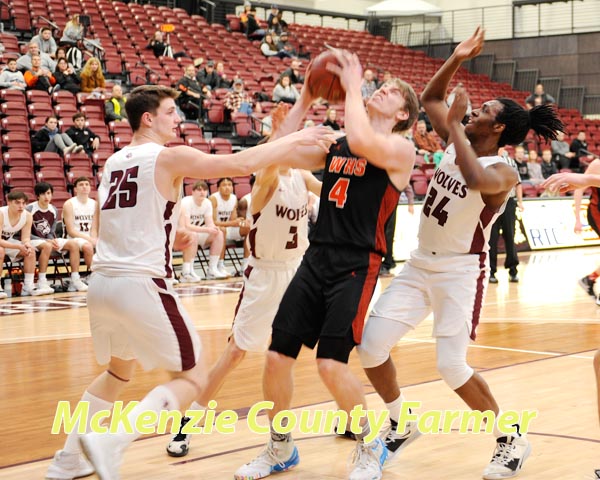 After going all year without a win, the Watford City varsity boys basketball team picked up that elusive victory on Feb. 25, in their final regular season game with a 62-54 win over Williston.
But the Wolves didn’t fare as well three days later as Bismarck Legacy defeated Watford City, 86-48, in the WDA play-in game.
The Wolves ended their season with a 1-21 overall record and 1-19 in WDA play.
“This team came a long way this year,” stated Dave Gumke, Wolves head coach. “For the most part we were able to play teams better the second time around and made progress closing the gap to give ourselves a chance to win the game.”