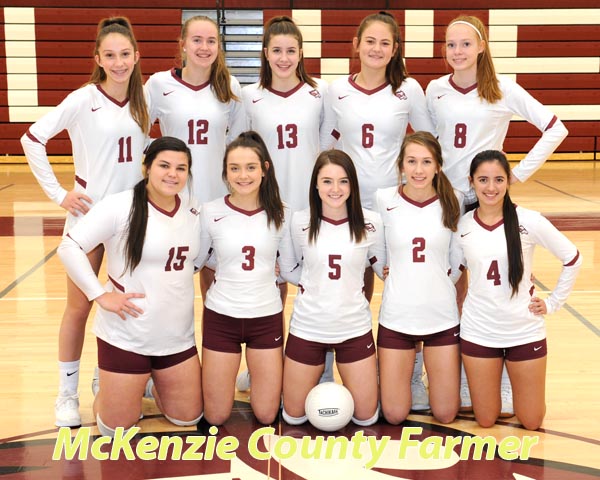 It was a big week of volleyball for Watford City’s varsity volleyball team as the Wolves wrapped up their regular season play by sweeping Turtle Mountain in three games on Tuesday, Nov. 5.
But in the Wolves most important game of the season Watford City came up short against Minot in the play-in game on Thursday, Nov. 7. With a win over Minot, Watford City would have made their first appearance in the West Region Tournament.
Watford City ended its season with a 9-23 record in WDA action and a 16-43 overall record.