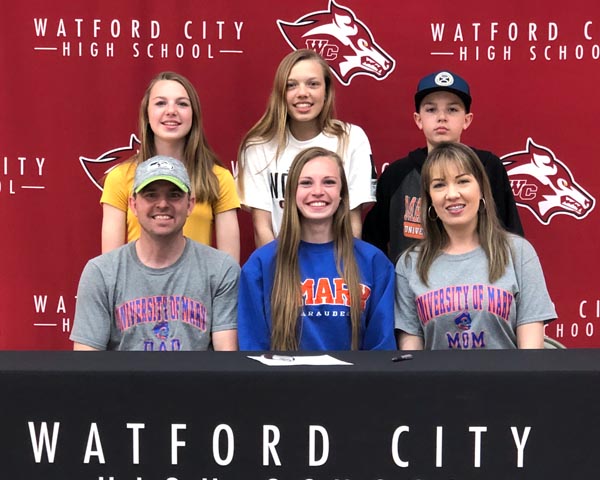 As a young girl growing up in Washington, Kayla Ogle didn’t even know that it was possible to run competitively. It wasn’t until she and her family moved to Watford City that running competitively even entered her mind.
“I remember seeing Asha Smith win three first places at the State Track Meet in 2014,” recalls Ogle. “I told my mom that I wanted to run.”
And run she did as over the course of the next five years, Ogle, who graduated from Watford City High School this past May, set herself apart of the field in cross country and track in North Dakota.
And now, Ogle has her sights set on running cross country and track at the collegiate level after signing with the University of Mary Marauders.
Ogle began her high school running career in 2015 as she placed eighth in the 800 and 1,600 meter races, as well as helped the Wolves’ 3,200 meter relay team to a third place finish at the State Class B Track Meet. And that fall, Ogle took fifth and earned All-State honors in her State Class B Cross Country Meet.