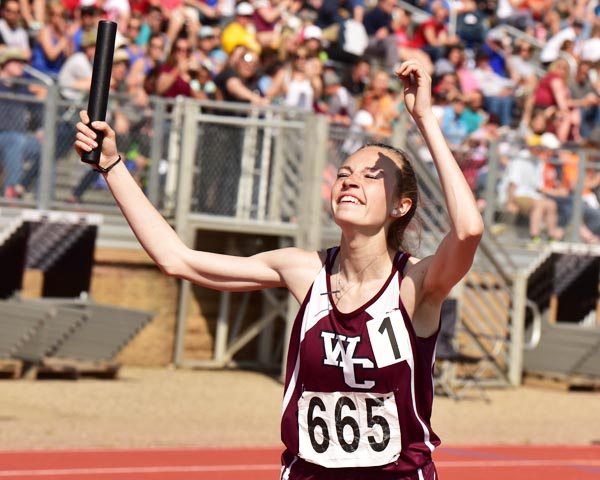 Kayla Ogle capped off her final year of running track at Watford City High School as the senior won the Class A 400 meter dash in a time of 56.22 seconds at the North Dakota State Track & Field Meet in Bismarck on May 24 and 25.
But Ogle’s accomplishments didn’t stop at the 400 meter dash as she took third in the 1,600 meter run with a time of 5:11.13 and also anchored the 1,600 and 3,200 meter relay teams that finished in second and  seventh places, respectively, at the state meet. The 1,600 meter team consisting of Kyley Bennett, Jaeyln Ogle, Hayley Ogle and Kayla turned in a time of 4:02.25 to set a new W.C.H.S. school record, besting the school’s former record by two seconds.