Spikers head to District Tourney as No. 1 seed 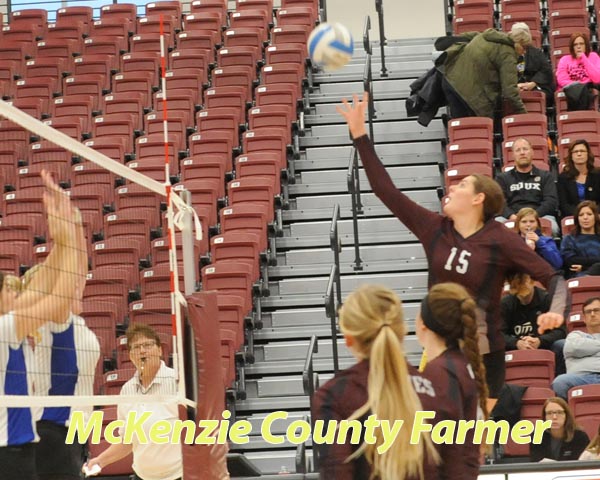 At the beginning of the season, Brad Foss, Wolves’ head volleyball coach, predicted that his team would be right in the thick of the hunt when it came to post season play.
At that time, it was a pretty bold statement as the Wolves had lost six key players to graduation and Foss was looking at building an almost entirely new starting squad.
But spin forward to today, and Foss’ early season prediction was pretty much right on target. Watford City played a phenomenal regular season and ended their District 15 season play undefeated. And with their district play untarnished, the Wolves will be entering the District 15 Tournament, which begins Nov. 1 in Parshall, as the No. 1 seed.