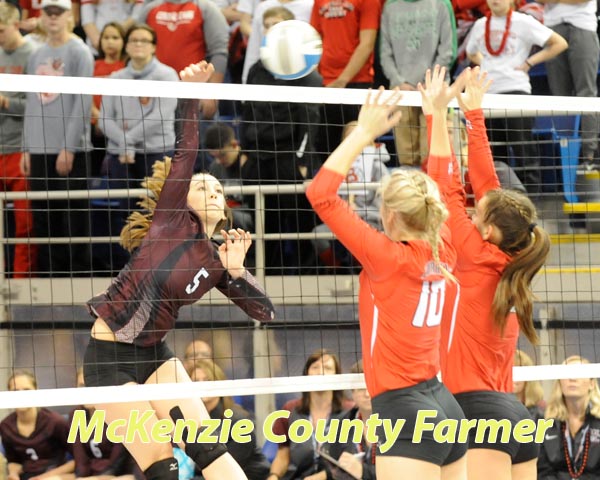 After claiming the District 15 title and the Region 8 crown, the Watford City Wolves varsity volleyball team capped off their final season of playing at the Class B level with a sixth place finish at the State Class B Volley Tournament, which was held Nov. 16-18, at the Fargodome.
The Wolves fell to Langdon/Edmore/Munich, 3-0, in opening round action of the tournament on Thursday before coming back to defeat Bismarck Shiloh Christian, 3-0, on Friday to advance to the consolation championship game against Central Cass on Saturday. In that match, the Wolves fell to the Squirrels, 3-1.