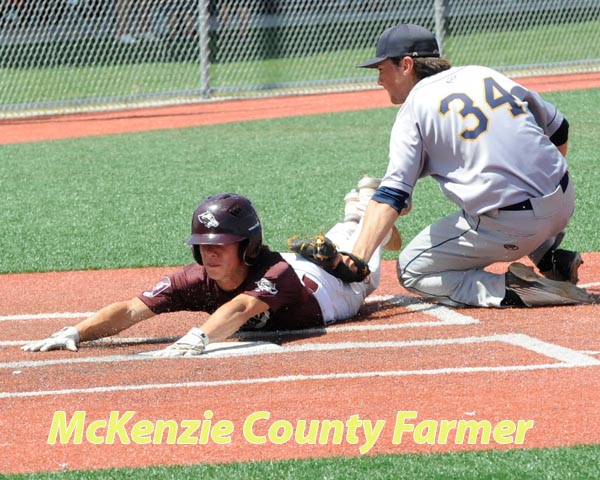 Watford City’s American Legion baseball team is wrapping up their 2019 regular season play and looking ahead to competing in the Class A West Region Tournament in Minot, which starts on Tuesday, July 23.
“We’ve been playing really good baseball at the close of our regular season,” states Pat Spacher, head coach. “We’ve won some big games and lost a few that we shouldn’t have.”
According to Spacher, it is going to be a dog fight at the regional tournament to see which teams advance to the state tournament in Fargo.
“Jamestown and the Bismarck Reps are the top two teams and will probably advance to state,” states Spacher. “And with the Bismarck Reps automatically advancing as the host team, that just leaves one spot that everyone else will be fighting for.”
In addition to Watford City, Spacher says the other West Region teams that will be looking to fill that fourth spot are Dickinson, Mandan and Minot.
“We hope that the way that we’ve been playing the last few weeks carries over at the regional tournament and we can get to state,” states Spacher.
But before the Walleye head to the West Region Tournament, Spacher says the same group of American Legion players will be competing in the Midwest Plains Babe Ruth 16-18s Regional Tournament, which will be held July 17-21, in Charleston, Mo.