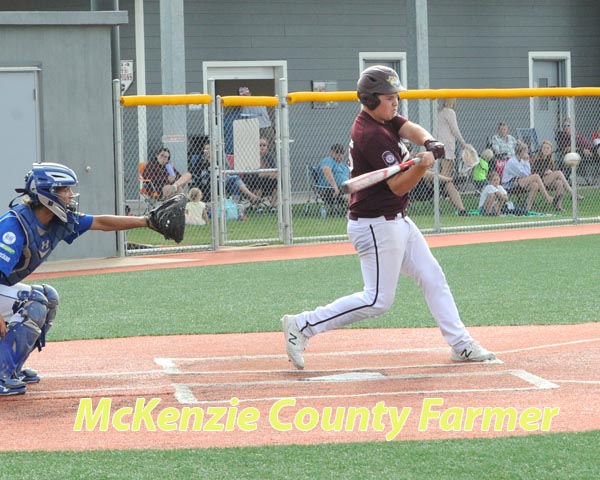 The Watford City Walleye dropped a pair of games to the Hazen Astros last Monday evening before sweeping Glendive on Wednesday evening. Watford City then closed out their week at the First National Bank Tournament in Williston over the weekend.
This week the Walleye, who are 10-23 on the season, will be traveling to Bismarck to take on the Senators on Saturday before the Senators come to town on Monday. Watford will close out this week’s schedule when the Walleye host Hazen on Tuesday, July 21.
Hazen Astros 11, Walleye 5
Hazen 15, Walleye 4
Hazen came to town last Monday as the top team in the Class B Southwest Region with a 14-2 record and left with a 16-2 record as the Astros  swept the Walleye, 11-5 and 15-4.
Hazen scored six runs in the second inning as the Astros cruised to an easy first game win over Watford City.
Derrick Duncan had the hot bat for the Walleye as he went three for three at the plate including one double and a RBI, while Carter Knutson and Landen White Owl ended the game with a double and a triple, respectively.