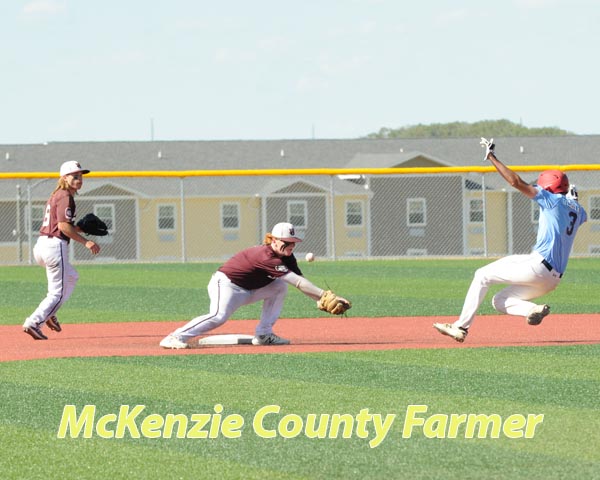 Watford City went 1-5 in baseball action this past week as the Walleye dropped a pair of games to Williston on Tuesday, June 23, before splitting with Dickinson on Wednesday. The Walleye then lost two games to Bismarck on Friday.
The Walleye, who are 6-14 on the season and are tied in fourth place in the West A Division with a 3-3 record, will be at home their next three games as they host the Bismarck Reps at 1 p.m. on Wednesday, July 1, Mandan on Thursday at 5:30 p.m. and Hazen on Monday, July 6, at 5:30 p.m.
Williston 5, Watford City 4
Williston 4, Watford City 0
Williston would score the winning run in the bottom of the eighth inning to take the first game, 5-4, against Watford City on Tuesday, June 23, before taking the second game, 4-0.
Jackson Dodds went the first seven innings on the hill for Watford City striking out five without giving up a walk before Kanyon Tschetter took the loss in relief.