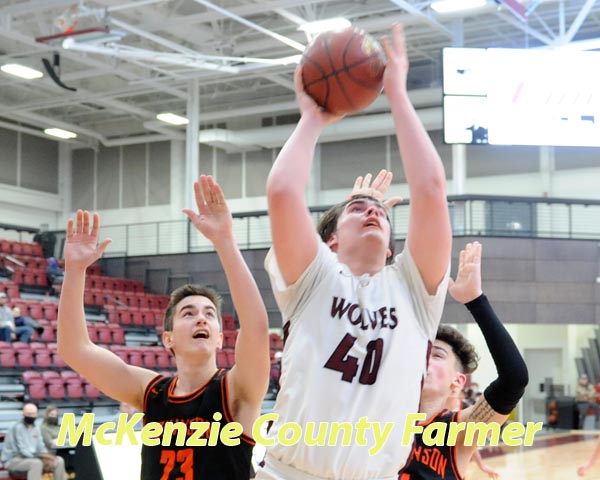 The Watford City boys varsity basketball team saw its season record fall to 0-11 as the Wolves fell to Williston and Dickinson this past week.
This week the Wolves will be traveling to Bismarck where they take on Century on Friday and Bismarck High on Saturday.
It was a match-up against the only two teams in the WDA that were looking for their first win of the season last Tuesday as Watford City traveled to Williston to take on the Coyotes.
And in an exciting, but low scoring contest, that saw Watford City holding leads in both halves and have plenty of opportunities to get the win, Williston would come out on top, 58-54.
“We played our best game of the season. The guys played hard from beginning to end,” stated Dave Gumke, Wolves head coach. “Our trouble came with turnovers and giving up too many offensive rebounds to give them more opportunities to score.  Turnovers and offensive boards were a huge difference in the game and we only lost by four points.”