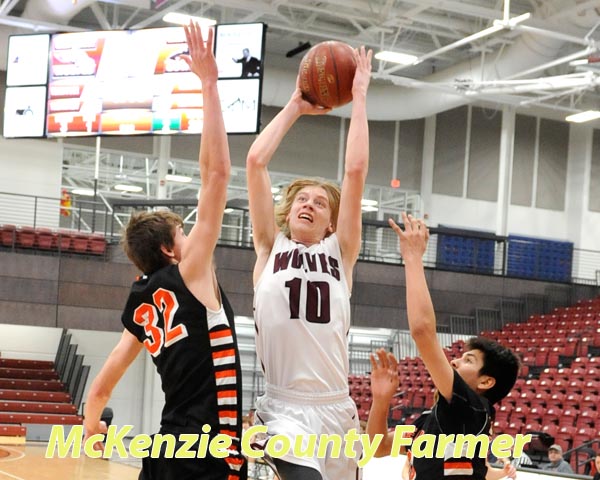 As the regular season play for Watford City’s varsity boys basketball team comes to a close, Matt Heier, Wolves’ head coach, is ready for the start of the District 15 Tournament on Friday, Feb. 24, at Williston State College.
It has been a tough regular season for Heier’s young and inexperienced team as the Wolves have had more than its share of losses.
“We have had a roller coaster of a season, but we expected much of this with the schedule that we played and a young team,” states Heier. “But the boys have come a long ways from where they were at the beginning of the season. With their improvement, we have given ourselves a fighting chance of advancing to the region tournament and seeing what happens there.”