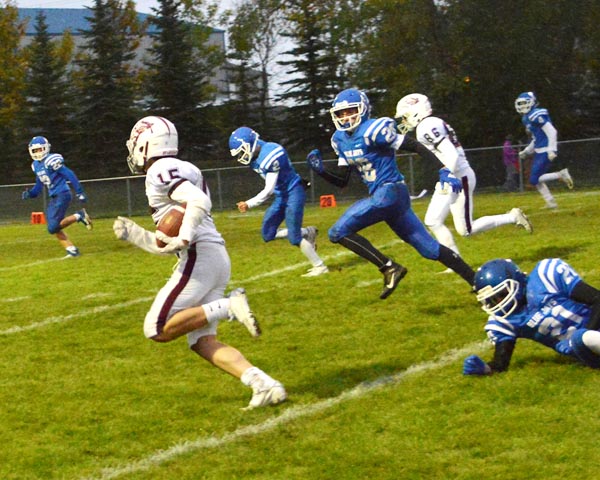 Watford City’s football team picked up its first win of the season this past Friday as the Wolves took their junior varsity team to Stanley. Due to a lack of varsity players, the Blue Jays opted to play their entire season as a junior varsity team.
“After talking with Stanley’s Coach Bartz in August, we decided that playing on a Friday night under the lights would be a good experience for our young kids,” stated Justin Johnsrud, Wolves head coach. “We played our 9-11 graders and it was a good experience for them. The seniors traveled with us and were assigned sideline duties that typically belong to the freshmen during varsity games.”
And those younger players showed that the Wolves will have a competitive team in the coming years as Watford City rolled over the Blue Jays, 40-0.