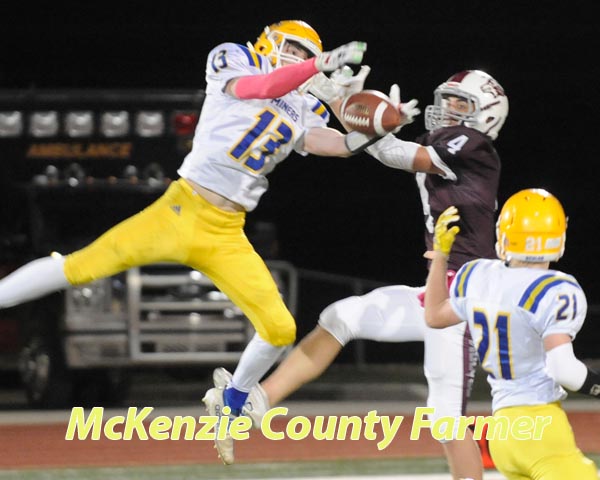 Beulah showed why they are the No. 1 team in Class AA West Region football as the Miners rolled over the Watford City Wolves, 39-0, on Friday, Oct. 25. The Miners, who improved their season record to 8-1, will be advancing to the Class AA football playoffs, while the Wolves ended their season with a 1-8 record.
The Miners controlled the line of scrimmage on both sides of the ball as Beulah’s defense stymied Watford City’s offense, while their offense scored five times en route to the easy win.
“We played pretty well in the first quarter,” stated Justin Johnsrud, Wolves head coach. “But Beulah’s size and strength kind of took over in the second quarter.”