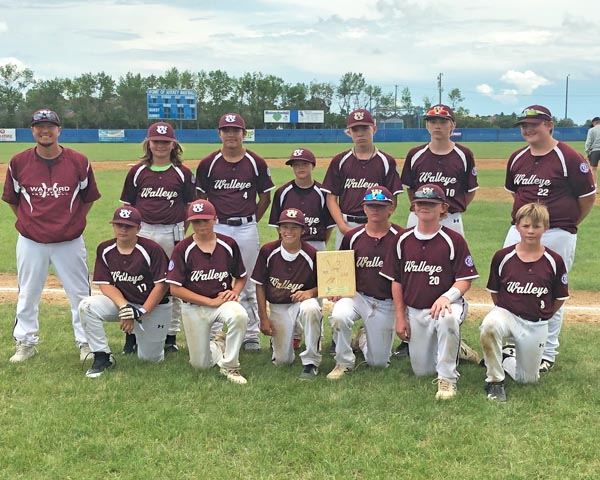 After winning the District 1 Babe Ruth crown on Sunday, the Watford City Walleye have their sights set on winning the North Dakota State Class B Babe Ruth Tournament, which starts on Friday, July 26, at the Rough Rider Center in Watford City.
“We ended our regular season play with a 16-2 record,” stated Randy Cranston, head coach of the Walleye 13 to 15-year-old squad. “As the host team, we automatically get a seat in the tournament.”
But the automatic seeding wasn’t good enough for Watford City’s squad as they cruised through the District 1 Tournament to win the championship game.
Watford City’s first action in the state tournament will be at 5:30 p.m. on July 26, when they take on New Rockford.
Also qualifying for the state tournament are teams from Surrey, Casselton, Thompson, Hazen, Langdon and Lamoure.