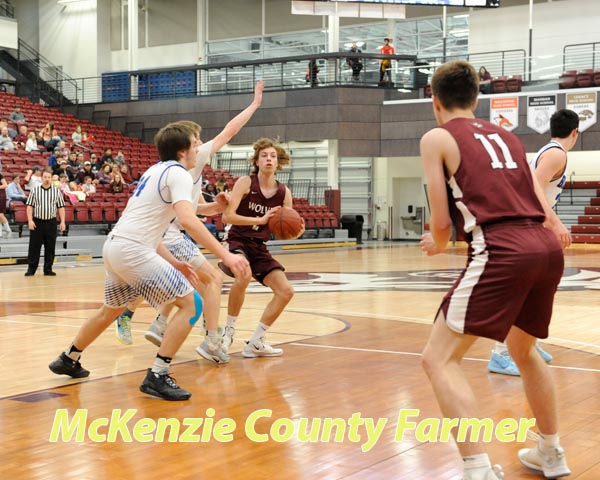 While Watford City’s varsity boys basketball team hasn’t won a game this season, they still have a chance to make the WDA Tournament. All they have to do is win a play-in game that is scheduled for Friday, Feb. 28, against the No. 6 team in the WDA.
According to Dave Gumke, Wolves head coach, Dickinson is currently in sixth place, but depending on the outcomes of Tuesday night’s game, it could also be either Bismarck Legacy or Bismarck Century.
The Wolves dropped three games in WDA play this past week as they fell twice to Jamestown and to Minot.