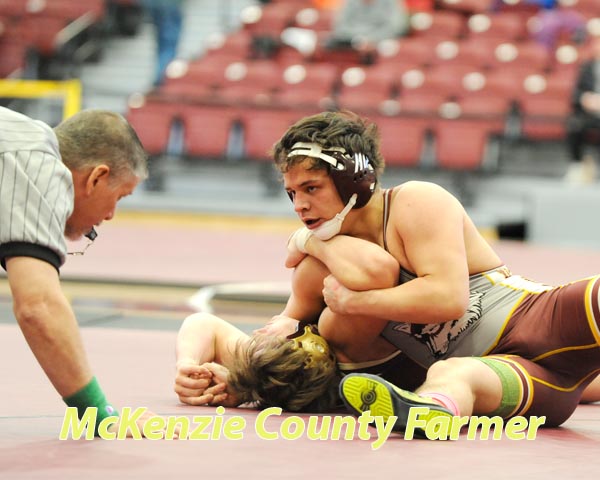 Watford City will be taking five wrestlers to the State Class A Wrestling Tournament following the WDA West Region Tournament at Watford City’s Rough Rider Center on Saturday, Feb. 15. The state tournament will run from Feb. 22 to 24 at the Fargo Dome.
Making the trip to this year’s tournament will be Nick Fielder, Ethan Dennis, Izaak Boekelman, Cash Fladland and Beau Matson.
“I was hoping that we would advance between four and six wrestlers to the state tournament,” stated Robin Schwartz, Wolves head coach. “We are sending five.”