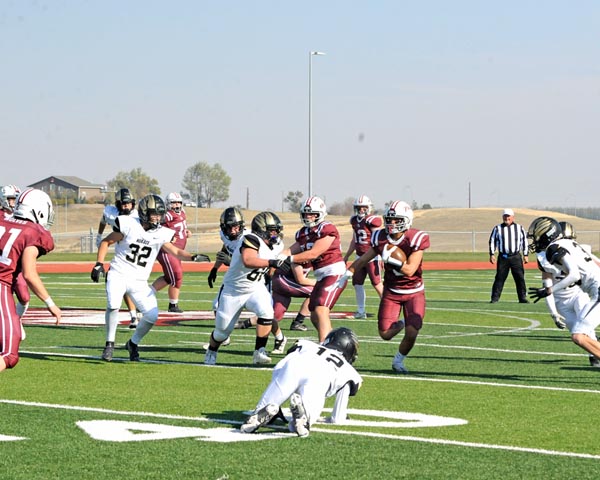 Watford City won in dramatic fashion on Thursday afternoon, defeating West Fargo Horace 21-19.
Watford City honored their seniors with a Senior Day presentation before kickoff. The entire team worked hard to ensure the seniors ended their careers with a memorable effort. It was a true team win and many seniors made big plays throughout the game.
The Hawks from Horace started the game by recovering an onside kick. They capitalized quickly as Dylan Johnson ran 51 yards for the first touchdown just 92 seconds into the first quarter.
Despite the early 7-0 deficit, Watford City would respond well. The Wolves tied the game on the next drive as quarterback Judd Johnsrud had a 10-yard touchdown run and Brayden Williams added the PAT. They would strike again with a 52-yard drive capped off by an 18-yard touchdown run by Josh Chavez, making the score 13-7 with 2:49 left in the first quarter.