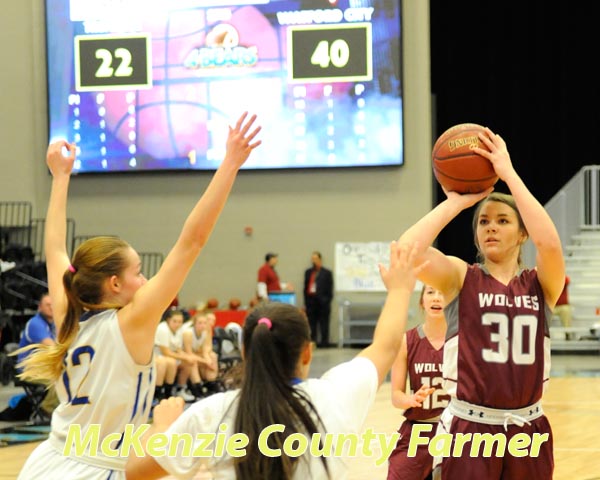 The Watford City girls basketball team put its stamp on it final year of playing in Class B basketball as the Wolves won the District 15 Girls Basketball Tournament with a dominating, 53-31, win over Trenton on Saturday evening.
The Wolves cruised through the tournament with a 62-15 win over Lewis & Clark-North Shore in opening round play of the tournament and then crushed Parshall, 69-57, in the semifinals.
As the No. 1 team coming out of the District 15 Tournament, the Wolves will take on the No. 4-seed team in the Region 8 Tournament, which begins on Monday, Feb. 19, at Ray.