Wolves edge Coyotes to open season with a win 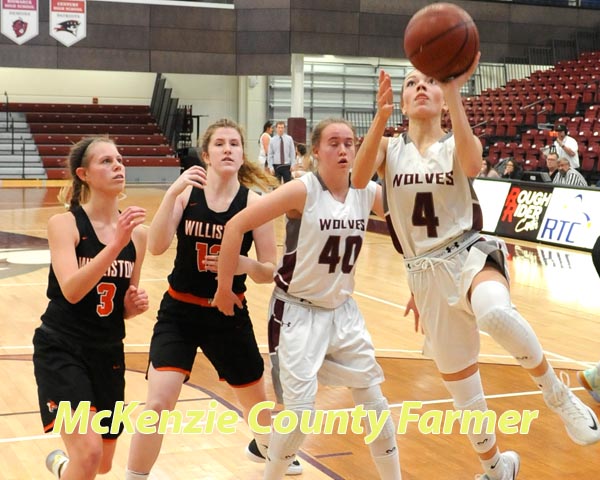 Watford City’s varsity girls basketball team got off to a good start on Saturday as the Wolves knocked off Williston, 58-50, in a non-conference win.
After pulling off a thrilling come-from-behind win to down the Coyotes, the Wolves will be tested this coming week as they travel to Legacy and Bismarck High on Friday and Saturday before heading to Dickinson on Tuesday, Dec. 17.
Watford City 58, Williston 50
While Watford City scored first as the Wolves and Coyotes squared off on Saturday evening to open their 2019-20 cage seasons, Williston controlled the tempo of the first half of play.
After trailing Williston by six points, 23-17, at the end of the first half, the Wolves would stay close to the Coyotes before finally taking the lead in the second half.