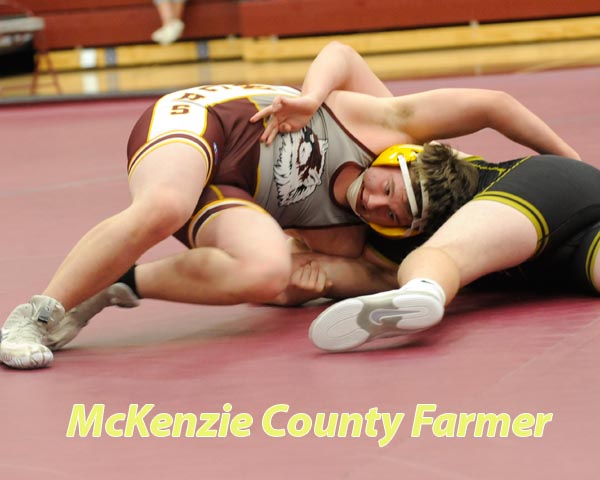 The Watford City High School varsity wrestling team got off to a slow start on Tuesday, Nov. 26 as the Wolves fell to Bismarck Legacy and Killdeer in a triangular at the W.C.H.S. gymnasium.
“We wrestled only eight of the 14 weight classes in both duals,” stated Robin Schwartz, Wolves head coach. “This week we should see a few more join the squad, which will help us better fill our roster. But out-of-season injuries will keep the lower weights vacant through the early part of the season.”
The Wolves fell to Legacy, 63-10, in the opening dual, with Nick Fiedler and Cash Fladland earning points for Watford City.
The wrestling Wolves will be hosting Minot on Thursday, Dec. 5, at Watford City High School with action starting at 6 p.m. before competing in the Velva Tournament on Friday and Saturday.